I've had a few technical issues, a few time issues and a few lethargy issues and can't believe it's been more than a month since I posted. So sorry to those of you who tune in weekly.

As you can imagine there has been quite a bit of sewing going on in the meantime. Not as much as I would have liked though!  I've been busy writing patterns as well. 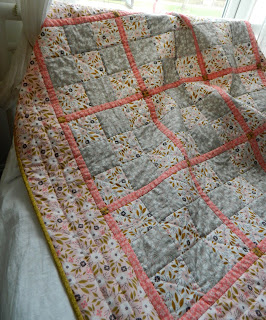 This is a nine-patch block in a nine-block setting.  All finished now and the pattern is written and ready to be printed.  This is part of a series call 'Out of the Starting Blocks' written especially for beginners.  The sample I made is to showcase some new fabrics at High Street Quilting.  It's very busy but quite pretty.  The next sample will be in colours from my stash - a bit bolder and not so girly!

I've also bought some lovely, lovely fabric which is being turned into a snowball and nine patch 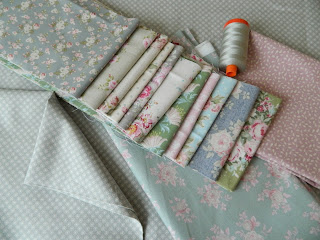 Tilda Fabrics are more expensive but the colours - oh the colours- soft and gentle. 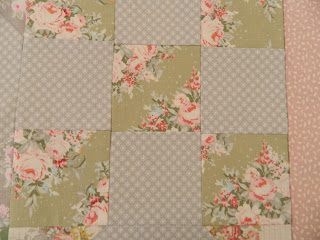 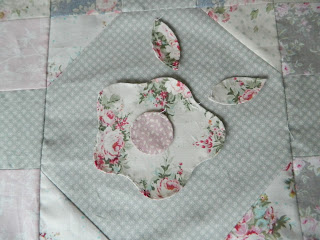 The appliqué flowers are my next task. I love doing these.  I'm excited about this quilt because the fabric is so lovely to work with.  Also I have a piece of wool wadding which I bought quite a while ago so it will be great to quilt as well, all soft and squishy and gentle on my poorly thumb.

There's been a bit of crocheting as well, but not quite as much as I would have done because I've been concentrating on the quilting.

I finished my iPad cover: 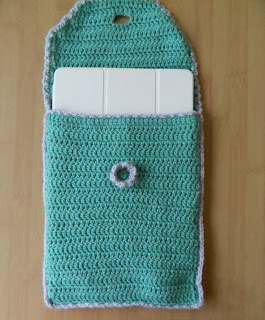 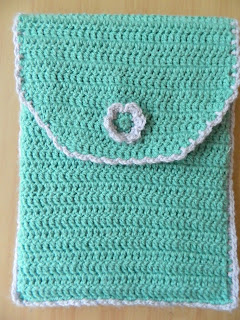 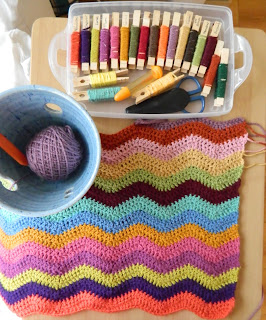 Ben is playing with some of the yarn as I type - little minx throws it across the room and it ends up like a cat's cradle.  I'll just reel it in.......

You can't tell from this but there was a couple of hours gap. Time for tea.  John, Steph and Max landed so we made an early supper of Beef Stroganoff and Sticky Ginger Cake (flat as a pancake - don't know what went wrong there). They've just left and peace reigns once more.

Apart from the above, baking for the classes is about all I've been doing of late - not so much for the household as I'm trying not to over-indulge. 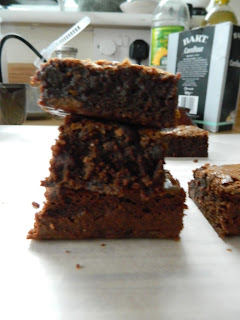 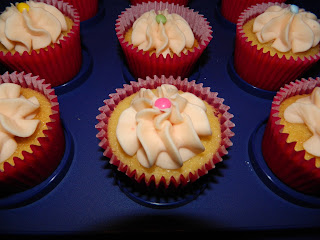 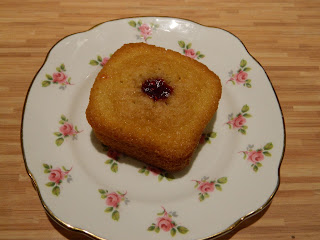 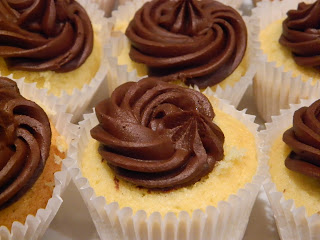 Sooo.... I'm just putting together another little pattern, hopefully with a decorated hanger. It's based on a quilt I made earlier but now mini-quilts not a whole wall hanging.  I'm looking forward to that one.

So now I'm going to do a little appliquéing and will soon settle down to watch Call the Midwife.

Have a good week everyone. xxxxx

Posted by strawberrypatches at 19:03 No comments: