It's all a bit quiet in Bogland at the moment.  I am no exception of course. Blogging is a matter of habit. You need to remember to take pictures and also to sit down and blog - strangely enough.  I'm convinced it's not about the time you spend - it's about the will to do it and the habit of doing it.  I never start Christmas early enough but I wanted to do some little stitcheries. 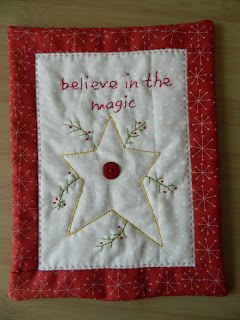 The first was a simple star, the second a snow-hug. 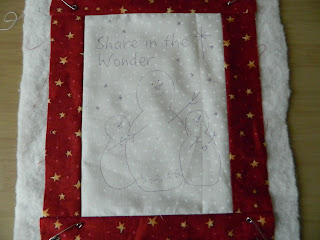 That is actually finished as is the third in the series, a ginger Mammy and her children.  The fourth is still on my computer. They are all becoming mini cushions. To put round the tree.  As Hilary observed - a tree needs cushions. Well I think the tree looks a bit bare when all the presents are gone....

It's been busy at work over the past few months so I've not indulged the cooking bug very much, preferring to stick to simple meals 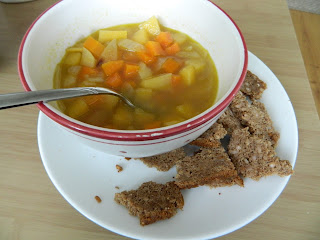 Simple broth with rye bread is one of my favourites. A broth pack from the supermarket.  An added potato, bacon rashers (streaky - no namby-pamby back bacon).  Will bought me a soup maker a while ago (train set syndrome - he loves soup) so, get in from work, chop vegetables. Put in soup maker, 20 minutes later the most comforting soup in the world. Especially when made with homemade stock from the freezer.

A few decadent bikkies have come from the oven 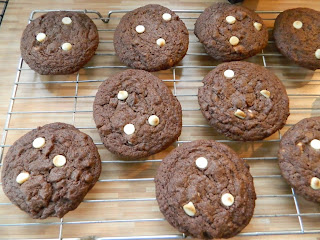 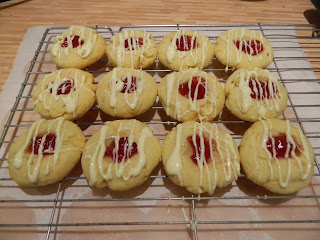 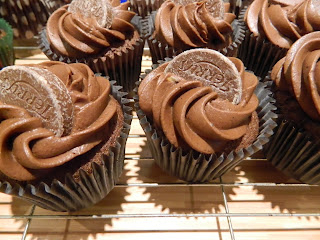 And the week before it was Caramel Fudge Brownies - no picture. I'll make them again in the interest of fairness. They were gluten free, using coconut flour which you couldn't taste but they were gorgeous - drizzled with home made caramel. Bit of a chocolate theme going here I think.  It's difficult to make healthy cakes! You can make cakes with healthy ingredients but it's not the same is it?  I can have things made with the same ingredients that are delicious but cakes are not designed to be healthy - so we need to get over that and just eat them occasionally I suppose.

As I sit here in a week off work, putting off the "GRAND PAINTING OF THE KITCHEN". There's so much stitching and designing to do I can hardly bear to drag myself away, but the painting must be done.

I'll just leave you with a quick look at what I'd rather be doing, 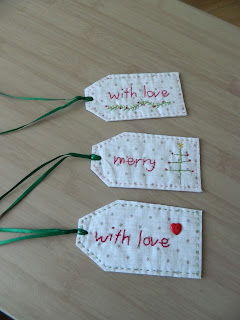 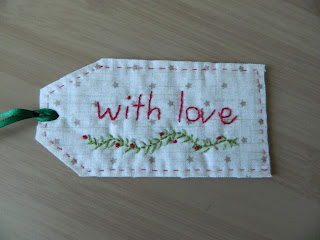 I know I'll love having a fresh, bright kitchen but I'd rather be stitching....