Coming up for air

John has been busy in his bathroom - this is the first time he has tiled and he has made a pretty good job of it.  He's quite proud of his efforts.  He does his research and then gets down to it, but takes his time.  A lesson for us all I think.  I am the worst one for starting something in a mad rush and then wishing I had taken more time to plan.  The plumber is coming over on Thursday to fit the whiteware.  The kitchen is in its boxes in the living room and he will be starting to assemble that this week.  It's very exciting to see a house being transformed.  It was unbelievably manky when they first bought it but it has been stripped down and they have systematically worked through it.  Steph has painted all the bedrooms and is starting on the hall and landing.  They only have three weeks left in the flat but they will be able to move in once the bathroom and kitchen are done. Oh and the flooring will need to be done too. They are putting wood on the ground floor and getting carpets in the bedrooms. It makes me tired just thinking about it!  They are just about skint too - all that hard saving goes in a flash. 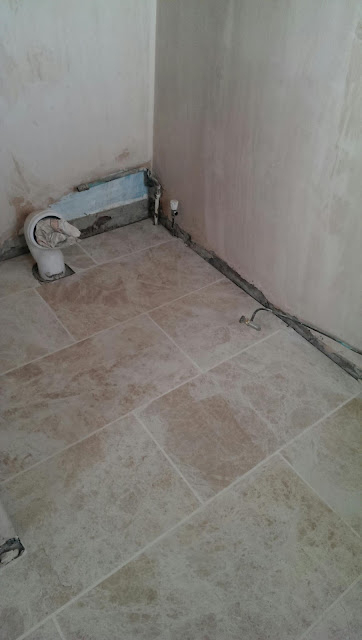 We took a trip to B & Q to get some screws and more paint.  Ben loves being in the trolley - he just giggles all the time. 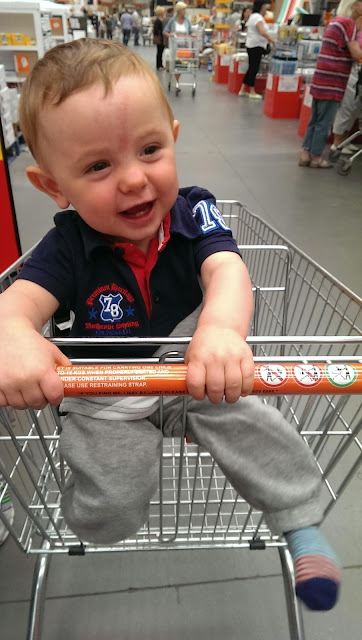 We had a quick lunch in the garden centre and then went for a look at the fishes.  Guess what they were putting up?  Santa's Grotto - at the beginning of August!  We had paninis and Ben had a bread roll and fell asleep a few minutes later.  If only they knew how good that is - I could have done the same myself. 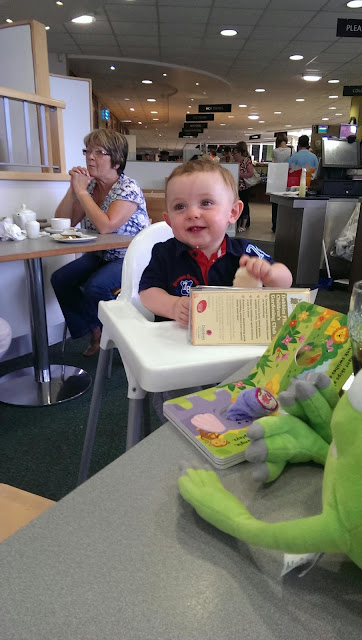 This weekend I have been working on the key holder for the new house: 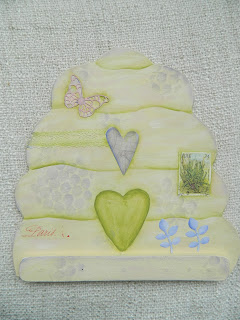 I painted a heart and shaded the layers of the beehive with some Light Hauser Green.  Next I added some die-cut shapes - a butterfly, another heart and some little flowers as well as a postage stamp.  The edges are shaded with Deep Periwinkle.  Next I got the stamps out and put on some letters, franks (as in postage franking) and some flowers.  I had to wait for ages for these to dry. 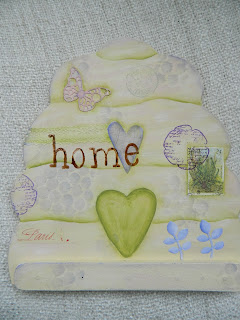 I added some quotations along the layers  and some words on the 'doorway'. I haven't glued the buttons on yet because I want to do some embossing which will have to wait until next weekend now, but it's coming on and I have thoroughly enjoyed making this. 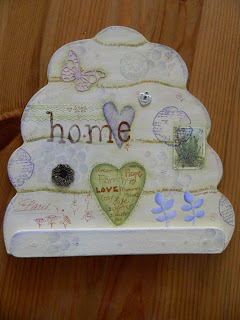 This is an example of the original colours which I snapped when we were painting yesterday.  It's a bit blurred but you can get the drift. Home is where you hang your heart. 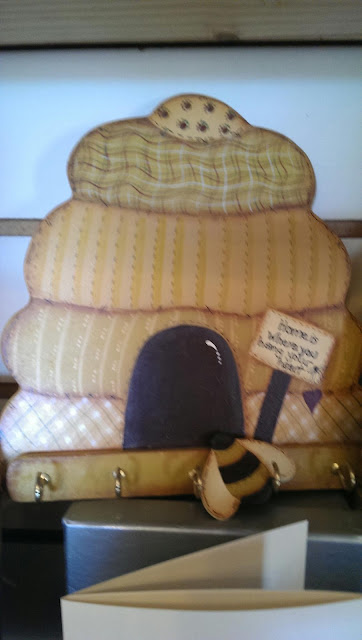 This week I also made some bags for "Beads of Courage" to add to the mammoth amount that was made on the 'Big Sew' at the Crafts House a couple of Tuesdays ago.  The target is 200 and everybody is pitching in to reach that.  This particular one was made by Sylvia who is one of the stalwarts of the brigade. 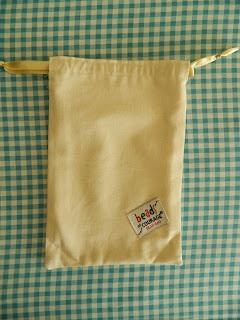 Another passion at the moment is crocheting (more comfortable than quilting in the hot weather). I would like to make some face cloths, with the lovely linen yarn I have, for Christmas presents so have been experimenting with patterns.  I got a ball of Patons 4ply cotton which seems to last forever. Ben is testing the different styles for me.  This is the latest: 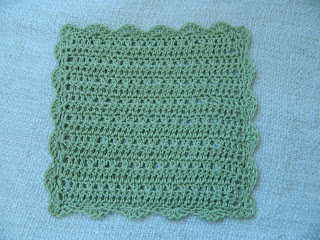 I think I only made one mistake on this but would like to perfect the start of rows as there seems to be rather large holes on some of them. I think they should make lovely stocking fillers. Not so many people use facecloths now but I think the linen will make a lovely body rub.  Natural fibres are much nicer than those plastic scrubbies and much kinder to the environment.

On the smoothie front this is the yellow part of the 'Rainbow'  I added some coconut shards to the mango and pineapple to make it especially tropical. 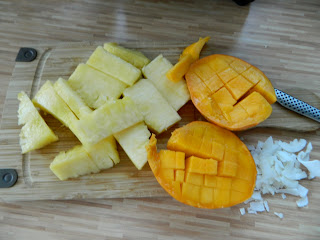 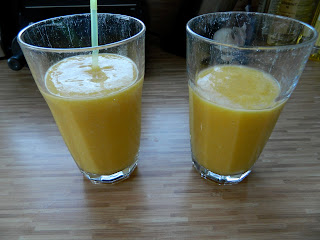 I didn't notice how pitted my tumblers are (from the dishwasher) until I started taking these pictures. I had the first glass yesterday and the second for my breakfast this morning.  You can get through some calories with the fruity versions.  The green ones are okay though and make me feel very virtuous in mind and body.  I love raw vegetables.  The Swiss Chard is growing like mad at the moment but I had to buy some cabbage. The Jerusalem artichokes are doing very well as usual but there are far too many and not everyone likes them.  (We call them fartichokes).

Finally, before the light fades completely and I can't see to type, here is a sneak preview of something I am working on. 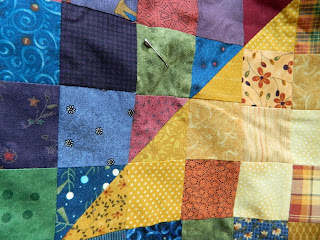 But, as Scott of the Antarctic said, "I may be some time".  I'm not quite back to the grind next week as I am working from home but no more sitting about staring into space.  I have come up for air and I'm still floating.  Have a good week everyone.