After all the sadness it was such a joy to celebrate with John and Steph. At Casa Parador De Los Olivos in Saylonga, Spain we all gathered. Everybody pitched in as we prepared the area in front of the villa for the ceremony.  We gathered all the seats in the house and set them in front of a rose arbour created in the entrance. 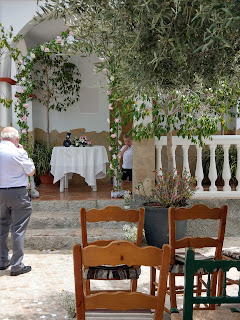 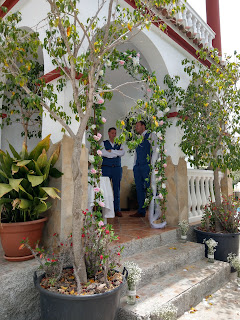 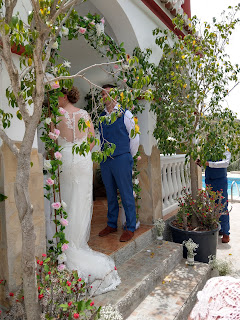 Sadly I was sitting in the wrong place to get decent pictures - should have planned that earlier! The ceremony was shorter and had a typically Spanish feel with the exchanging of gold coins and the vows.
When the photographer uploads the photos I'll publish the professional shots.
Max stole the limelight by trying to hid underneath Steph's dress. 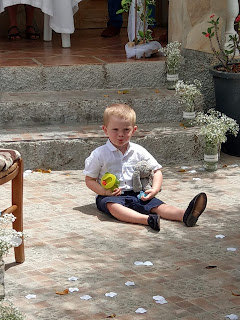 Max in a moment of contemplation sitting in the rose petal path, 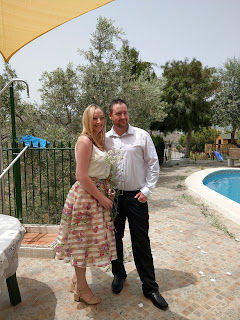 Will and beautiful Alex 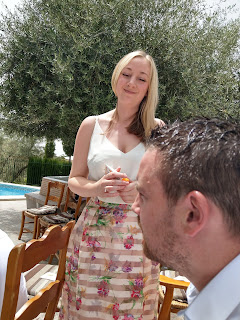 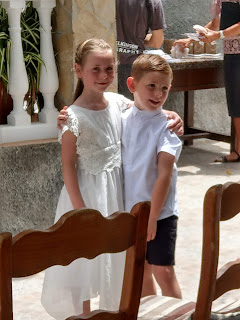 Ben and his cousin Gracie - so charming 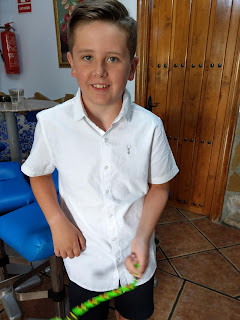 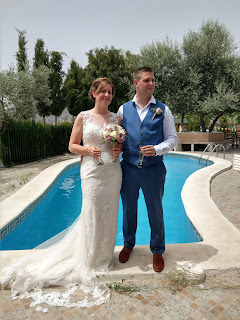 Having a glass of fizz - so hot! 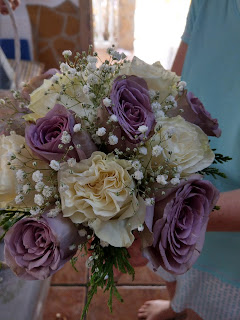 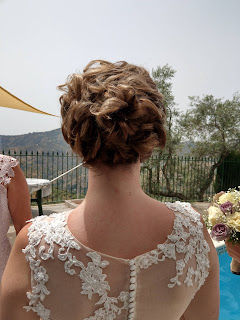 Her dress had millions of buttons 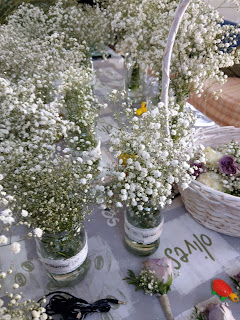 The path to the rose arbour was marked by jars of gypsophila which John and Chris bought on the morning of the wedding from a local market.

It was lovely - everyone pitched in to set out the chairs. Alex, Karin and I made a little 'picking buffet' for people as we weren't due to eat until five.  They just got things on the trot.

The ceremony took place at 3pm and I'll publish more pictures of what they did afterwards - something totally unexpected which I didn't have time to take a picture of. You'll have to wait and see what that was!

The caterers arrived about 4pm and set up the tables. We had a tapas meal which lasted about six hours. Plenty to eat and drink, including cocktails, wine and beer. (Plenty of water too - the best way of avoiding a hangover) 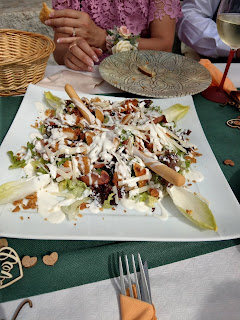 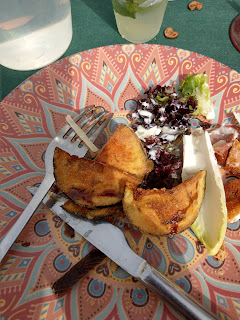 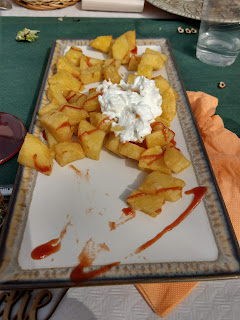 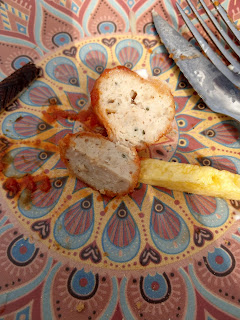 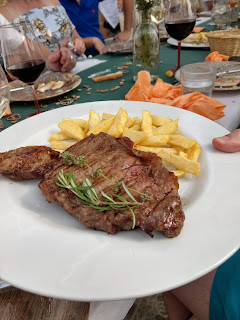 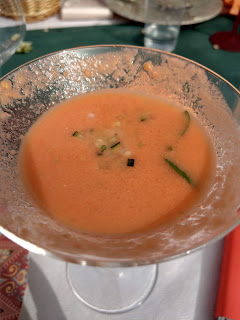 Caeser salad, crispy fried aubergines with a honey balsamic dressing, patatas bravas, gazpacho, chicken meatballs, barbecued steak, chicken and pork fillets, and a lovely lemon mousse to round it off. I was past taking pictures by then! 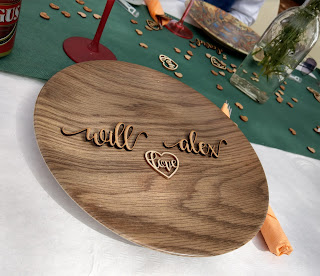 We all had little wooden names  to show us where to sit.

As the sun went down some took to the pool - in various stages of dress and undress. 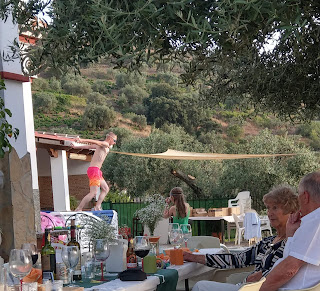 Then the more pickled adults decided to use the slide in the children's playground. I'll not bore you with those antics!

We did a bit of star-gazing and the light-weights (including me) were in bed for about eleven.  Some kept going into the small hours and paid for it the next day.

Most people changed from their finery before the meal. It was too hot to stay in suits. 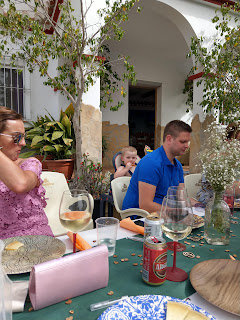 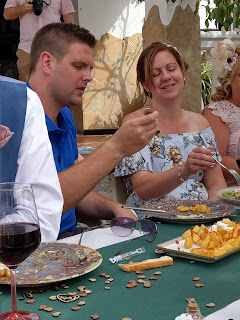 Will, Alex, Karin and I went to the beach the next day to celebrate my birthday quietly. We came back to a quiet house and I had the surreal experience of being chased up the pool by Will, astride a pink inflatable flamingo.  He settled down to have a rest on a giant slice of mushroom pizza. It's amazing what you can find in Lidl these days. 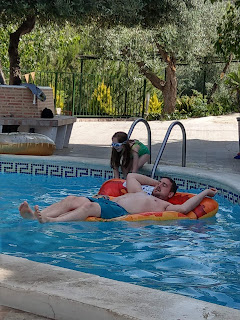 It's Monday afternoon and the house is quiet now as everyone except John, Karin, Max and I have gone to the beach or to visit a waterfall.