What a lazy day today!  In the peace of the morning I started another little flannel for Ben.  It is so easy to get sucked into the 'let's get some money out of your pocket into ours' and one of my bugbears is the baby-wipe.  I do use things like that for times  when you can't get to water, the car for instance, but I feel the same for chemical wipes as I do for chemical air fresheners - what is the point of immersing ourselves in chemicals when you can have fresh air or fresh water? And as Sandra pointed out, we use baby-wipes to remove paint... 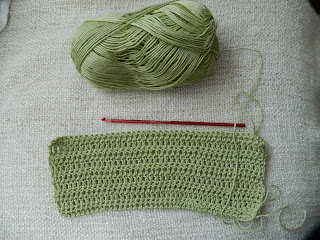 So some 100% cotton 4 ply and a 3.5mm crochet hook does the trick.  I know it looks like half a dishcloth but I finished it before breakfast and Ben tested in this afternoon -  he seemed pleased with it.  It's covered in baby gloop now so I'll take a picture of the finished thing when it's washed. I think I'll make one for my friend with some of my leftover linen yarn.

Apart from the roses I have been making the linen yarn, it has been used for something else which I couldn't publish until now: 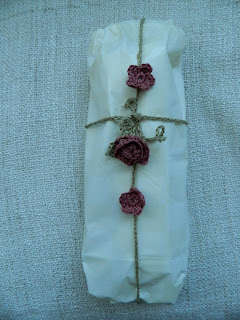 It was a birthday present for someone very special. 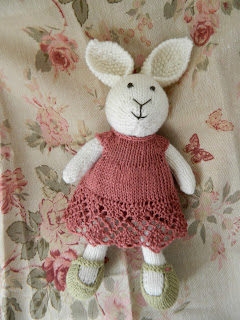 I added a rose to the dress later 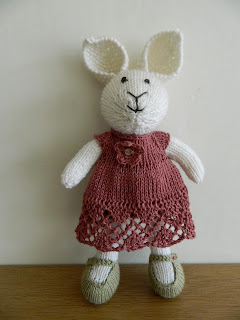 I bought the pattern from Little Cotton Rabbits (you can get it on Ravelry too). I added a bit of frill to the knickers but I couldn't get the shape the same as the pattern.  She is not plump enough round her tummy! 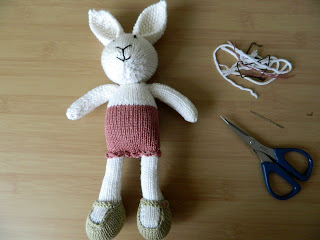 It rained very heavily last night which cleared the air so I decided to put the oven on. I roasted some peanuts to make some peanut butter and then made a vanilla and strawberry cake which we munched whilst watching the Hungarian Grand Prix. 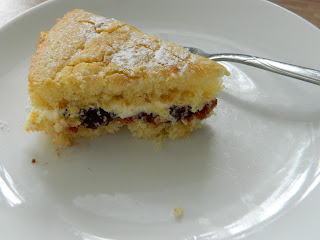 Ben came over while John and Steph did some work on the house, but he was glad to see them back. 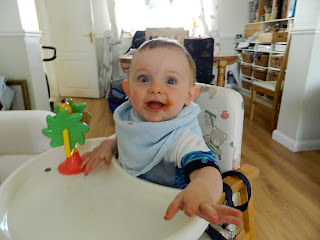 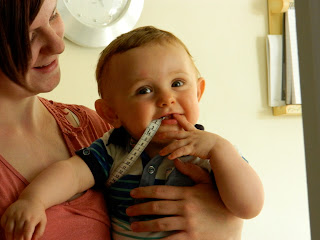 I settled down to finish my little garden block which I started at 'the Hill' yesterday.  I love the simplicity of these little blocks. 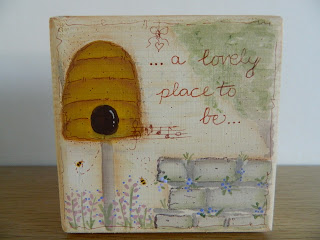 The weather got much better over the course of the day so we had some watermelon to quench our thirst. 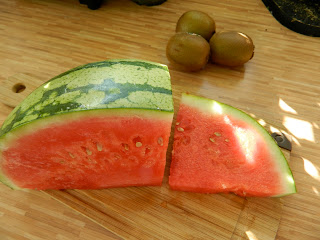 Then I decided to go all healthy and have a bit of a green Sunday: 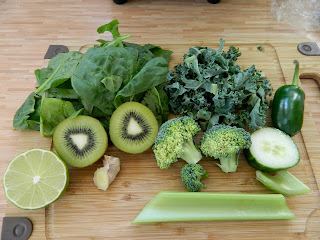 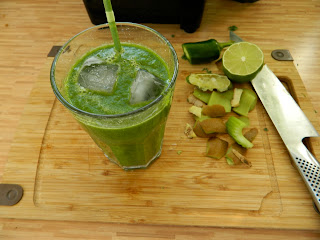 It may not to be everyone's taste but I LOVE it - it makes me feel great too. Tomorrow I might have Red Monday because I have some lovely strawberries. I might even have Orange Tuesday too.  A rainbow week awaits!
Posted by strawberrypatches at 19:06