I don't put my Christmas decorations up until much closer to the time.  I used to do it on Christmas Eve, but pressure from my little ones meant that I relented and put the decorations up on the first day of the school holidays. A few years ago I made the Christmas Countdown in the picture below but sometimes I don't get it out in time!  I decided that this would be my first decoration this year but will only put the others up as usual.  I never turn the lights on until Christmas Eve though! 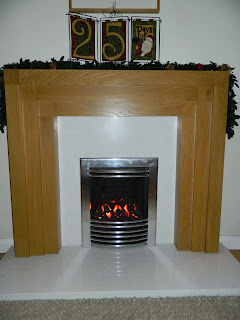 I had to use the flash and it looks quite stark in the photograph but it is actually much softer by the light of my little lamp.  I just can't believe there is so little time left though.

It's been such a busy week so I haven't taken many photos. I did take some of the progress of my Snow Family Christmas Stocking pattern ready for Saturday's class. 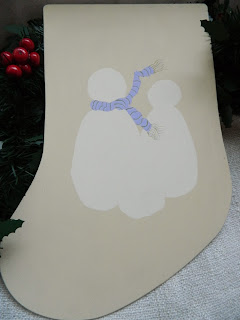 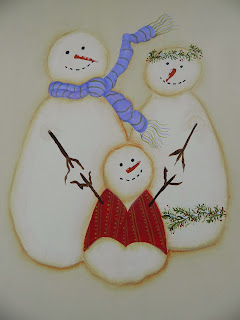 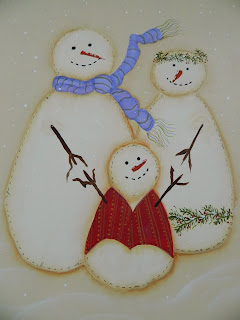 Some snowflakes and a bit of pen stitching and finally 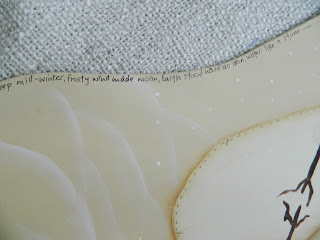 A few words round the edge.  A coat of sealer and the pattern is ready for use. 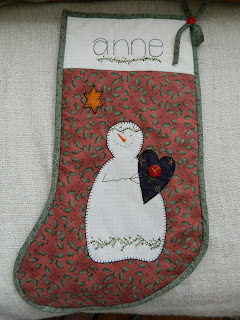 This is the fourth stocking in the series, the patterns are printed and we are ready to go.I'm having to post this from my phone as I  am having trouble with the broadband. Ben crashed into it this afternoon while vacuuming. I wish I could post his laughter as he ran up and down the room. I bought the toy from our school fair for £2. Good bargain eh? 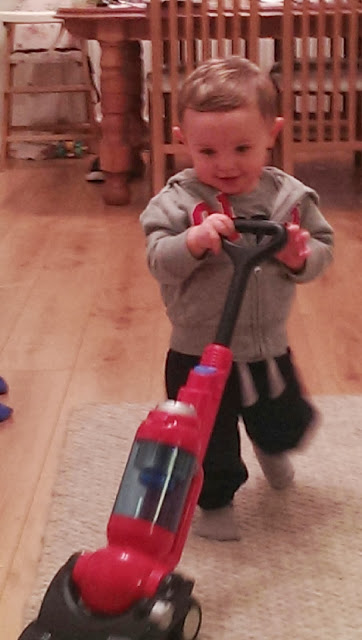 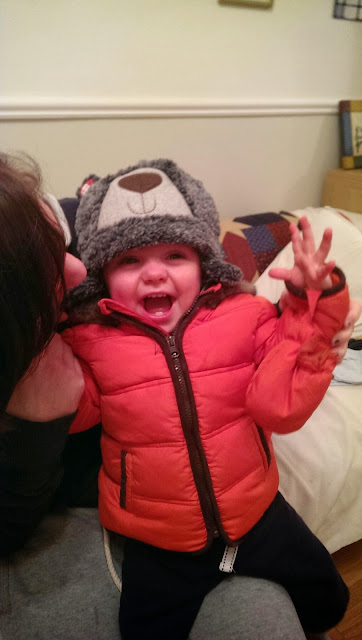 A serious moment as he got ready to go home for tea. Makes your heart sing doesn't it? Have a great week
Posted by strawberrypatches at 21:38